The Global Cities Makers Book 2020 is out NOW!

Cities react to the Covid-19 cities 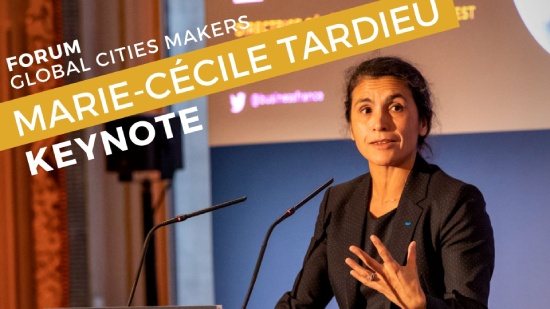 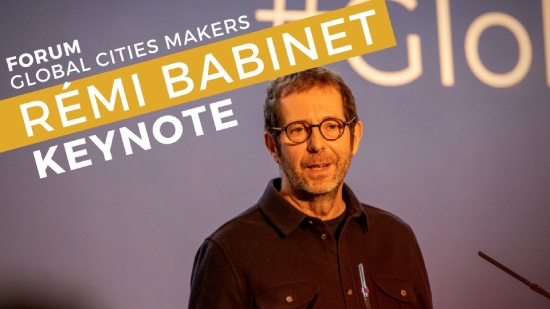 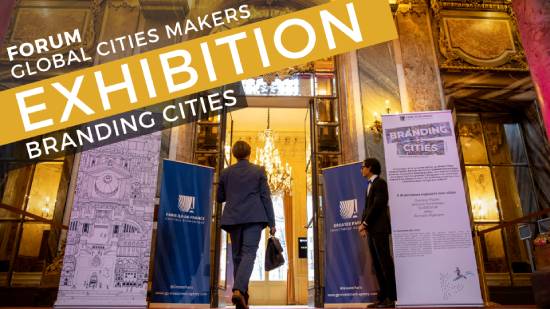 A celebrated designer, Philippe Paré has built a portfolio of award-winning work that spans a range of global workplace projects for the likes of Estée Lauder, Hearst Magazines, NVIDIA and Hyundai Capital just to name a few.

After 15 years spent in sunny Los Angeles and then in London, Philippe recently moved to Paris to lead Gensler’s expansion in France alongside urban and design strategist William Yon. Well connected to the French market, William has been involved over the years in major projects such as the Paris 2024 Athletes’ village master planning and high-rise repositioning projects in La Défense. He has participated in several think tanks such as the Greater Paris International Workshop and was a referent expert to the 100 Resilient Cities program.

The pair met four years ago in a major design competition final for a new headquarter in Nanterre-La-Défense and have stayed in touch ever since.

Together, they share their vision for Gensler’s expansion in France.

Why did you decide to open an office in Paris?

This move to Paris definitely came as a response to demand from many of our European and global clients. The firm has worked successfully for clients in France for many years, building on strong and enduring client relationships. We now want to be closer to them to help them further unlock their potential.

The city combines the infrastructure, business opportunities and creativity that these businesses need to thrive as well as a rich and diverse talent pool. Our Paris office will reflect our dedication to providing clients across the whole of France with unparalleled expertise in design, international knowledge and experience through our studio.

“The city combines the infrastructure, business opportunities and creativity that these businesses need to thrive as well as a rich and diverse talent pool.”

As a Parisian I have witnessed the change in Paris’ perception from abroad, from a global city to become the place to be. Because of internal changes and global geopolitics, Paris has emerged as the new international hub for thought leadership, business, design and architecture, and talent across Europe and now addresses the whole world. In this context it’s a logical response that a global design firm such as Gensler opens a new chapter of its history by taking a step in Paris, and I’m confident this will bring as much to Paris as Paris will bring to Gensler.

What are you planning to focus on?

We believe that there’s a lot of opportunities for Gensler to make a mark on the workplace, and urban planning sectors specifically. Integrated uses buildings are now the norm and this requires designers to offer an array of expertise that only a global firm such as Gensler can provide in-house through its international network of talents.

Looking at the Parisian office market alone, there’s a number of high quality buildings that are coming at the end of their lifecycle that will need to be reimagined inside and outside to embrace the priorities that the new generation of workers values so much such as wellbeing and access to amenities.

Paris is also a major business hub for many developers working globally on large scale urban development projects and we can now connect them efficiently to our global teams. We’re looking forward to leading this revolution from our Parisian office.

“Paris is also a major business hub for many developers working globally on large scale urban development projects and we can now connect them efficiently to our global teams. We’re looking forward to leading this revolution from our Parisian office.”

We’re sensing a great appetite for developing new ways of working. In some way workplace design is a little behind what we might see in other places but there’s a lot of enthusiasm for user involvement in both the crafting of the vision for these workplaces but also in the creation of them.

People in Paris are passionate about creating workplaces that put forward health and wellbeing, perhaps more so than in many other places around the world, and we think that thanks to this enthusiasm we’ll be able to create workplaces that are amongst the most innovative in the world.

In your experience, what are the ingredients of a successful workplace?

With so many companies competing to recruit and retain the same staff, it’s important to get workplace design right. It’s not about desks, conference rooms and offices anymore. The perfect workplace is one where nothing gets in the way of individual performance and creativity.

Across many industries, we’re seeing companies adapting to the changing nature of work by refocusing on a workplace that offers balance, variety and a sense of purpose. Those characteristics are key to creating a workplace that puts people’s needs at the forefront. And that, in the end, is what will help companies win the high-stakes war for talent.

What do you love about Paris, any favorite building?

Generally speaking, the unique quality of light in Paris. No wonder this city has inspired so many artists throughout the years. But when it comes to a favorite building, I definitely have a love for Notre-Dame de Paris for which the recent fire prompted us to come up, as a studio, with a design for a temporary place of worship on the Parvis for the local community and international visitors alike.

“Gensler’s design for the Pavillon Notre-Dame to be located in the cathedral’s iconic Parvis Square while the 850-year-old cathedral is being restored.”

Paris’ beauty is all about its people and its culture of public spaces, a city where buildings need to be exceptional to exist from the largest such as the French National Library to the smallest such as the Deportation Memorial on the Île de la Cité.

Paris is a place where passionate artists and designers can go the furthest in their work because it’s a city that never settles with the generic and always expects the specific. We believe we now have a unique opportunity to leverage Gensler’s capabilities further than ever to deliver exceptional designs for the benefit of our clients and sustainability globally.

Gensler is a global architecture, design and planning firm with 48 locations and more than 6,000 professionals networked across Asia, Europe, Australia, the Middle East and the Americas. Founded in 1965, the firm serves more than 3,500 active clients in virtually every industry. Gensler designers strive to make the places people live, work and play more inspiring, more resilient and more impactful.